KFC sparked conversation about the dire child hunger crisis in South Africa through a billboard campaign that linked to a call centre that explains the significance and impact that customers make when adding their R2 donations to KFC’s contribution to the Add Hope initiative.

The large billboard which reads ‘Qinisa umuzi ngo R2,” (Protect your household for just R2) towers over the N1 highway in Midrand, Johannesburg. To onlookers along the highway, this is yet another pseudo magic doctor who promises to help you solve your life’s problems for as little as R2.

The billboard includes the phone number of Dr X.R Dlamini-Joro; a magic doctor who claims that he can make all your problems go away for just R2. The billboard, which was supported by accompanying pamphlets, sparked curiosity and conversation on social media as many pondered Dlamini-Joro’s legitimacy. When people dial the number, they’re greeted by an agent who is there to answer all of their questions about the KFC Add Hope R2 donation. The out-of-home campaign also featured 10 social media influencers who encouraged people to dial the number on the billboard, garnering more than 300 000 impressions and over 25 000 engagements on Twitter.

This is part of KFC’s drive to educate customers about the impact that their R2 donations have on the lives of underprivileged children across SA. Child hunger is a serious socio-economic crisis that affects millions of children and since 2009, KFC has been committed to eradicating child hunger in SA through the Add Hope Initiative.

CSI Manager at KFC Andra Nel says “The Add Hope Initiative is a collective effort by KFC and customers to fight child hunger and malnutrition in SA. By donating just R2 every time they make an order at KFC, customers are changing the lives of underprivileged children as these donations help fund child feeding schemes across SA. These R2 donations are added to KFC’s donation, therefore ensuring that more children receive nutritious meals.”

Since launching 12 years ago, KFC Add Hope Initiative has provided more than 221 000 000 meals and raised more than R811 million in funds. Proceeds raised through Add Hope are distributed to over 140 non-profit organisations that provide nutritious meals to disadvantaged children.

“We find it amazing that it is easy to believe in magic but when it comes to practical answers to problems affecting society people are sceptical. Add Hope wanted to show how people can spend money on something not proven but believe in myths about where their R2 goes when they donate to Add Hope. We are reiterating that every R2 donated goes to Add Hope goes to feeding over 150 000 children nutritious meals daily. Facts over fiction,” Nel says.

Child hunger and malnutrition have a significant impact on the development of children, hindering their ability to thrive. Children who do not receive proper nutrition are at a high risk of experiencing stunting which is impaired growth and development that occurs as a result of malnutrition. Children who experience stunting struggle to perform in school which can affect their economic prospects in the future, and they are also likely to fall sick and suffer from nutrition-related diseases. According to UNICEF, chronic malnutrition is the underlying cause of more than half the childhood deaths in SA and about 1.5 million children in SA are stunted.

“The activation is aimed at educating South Africans about how their small donations are impacting lives and helping to create a better future for SA through providing children with the sustenance they need to excel. In order to eradicate child hunger, it important that we all play an active role and every effort counts, even a small R2 donation. Added to the KFC donation, this really is making a meaningful impact,” Nel says. 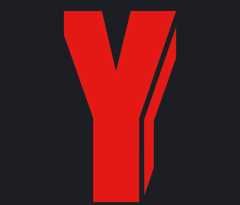 AND Y NOT AN EVOLUTION