Visa Inc. (NYSE:V) today unveiled a partnership with iconic former footballer Didier Drogba for its ‘Where You Shop Matters’ initiative, that is championing and supporting small businesses (SMBs) around the world while encouraging people to shop local. As the Official Payment Services Partner for Africa Cup of Nations (AFCON) 2021, Visa and Drogba will continue to partner to inspire and ignite excitement around one of the world’s most watched football tournaments, taking place in Cameroon in January 2022.

“Having lived and played in countries around the world, I have seen the important role that small businesses and entrepreneurs play in supporting communities everywhere,” said Didier Drogba. “After a very difficult year, it is vital that we all come together to support the small shops run by our families, friends and neighbors.  My career wouldn’t have been possible without that first ball bought from a local store, and together with Visa, I hope we can support other businesses that help make dreams come true.”

During the current marketing campaign, Drogba shares the pivotal role that shopping locally had in his journey to becoming a hero for millions around the world, and how his very first ball was bought from a local store in his community. The campaign aims to help support SMBs get back to business and to prosper through a number of initiatives including its Visa Small Business Hub, a merchant platform providing tools and information on how to start, run and grow small businesses. The Hub also features leading merchants who embody the passion and entrepreneurial spirit of small businesses.

Drogba’s partnership will also span to Visa’s sponsorship of the AFCON 2021 Tournament that is scheduled to be held in Cameroon starting in January 2022. As well as being the all-time top-scorer and captain for the Ivory Coast national team, Drogba was twice recognized as African Footballer of the Year.  During his club career he made almost 500 appearances for clubs in six countries including two highly decorated spells at Chelsea where he played over 250 matches and scored more than 100 goals.

“From his early beginnings to becoming a global icon, Drogba’s football achievements are as inspirational as his incredible humanitarian work and efforts to support progress everywhere,” said Mohammed Ismaeel, senior vice president and head of marketing, Visa Central Europe, Middle East & Africa. “At Visa, we are incredibly proud to be working alongside Drogba and to learn from someone who has done so much to champion communities and entrepreneurs everywhere, while having reached the highest heights of his sport. We are so pleased to have Drogba serving as the face of our campaign and to help share the commitment, dedication and inspiration to which we all aspire.” 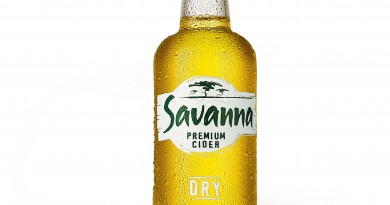 Invisible shield*? Exists, it does.