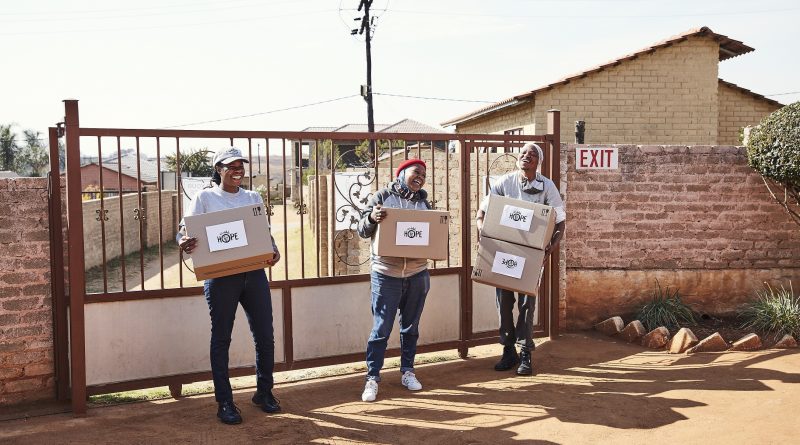 As we observe World Food Day on 16 October, KFC South Africa more than ever understands the challenge that child hunger presents in South Africa. After 12 years of running the Add Hope programme, KFC is still committed to playing its part in eradicating this crisis and invites every South African to let hope, not doubt, shape South Africa’s future.

World Food Day seeks to create awareness about the plight of poverty, hunger and food insecurity. An end to global hunger is one of the 17 Sustainable Development Goals that are intended to be achieved by 2030.  The South African National Income Dynamics Study -Coronavirus Rapid Mobile Survey (CRAM) shows that child hunger has remained high with 1-in-7 households reporting that a child went hungry in April 2021. This crisis has been worsened by the economic impact of the COVID-19 pandemic which has resulted in significant job losses and increased food prices.

Andra Nel, CSI Manager at KFC says, “The child hunger crisis in SA continues to have long-term effects and dealing with this crisis requires collaboration from the public and private sectors as well as civil society. That is why the KFC Add Hope initiative encourages customers to make their contribution, in addition to the donation that KFC makes every day, to combat food insecurity in SA.”

As a vulnerable population, undernourished children face the risk of developing stunted growth and chronic health conditions.  Nutritious food helps children to function holistically by improving their physical and mental health, helping them to thrive in the classroom and playground.  Food that is rich in vitamins and minerals contributes to the healthy development of children. This in turn limits their ability to realise their potential as a contributor to society in the future.

Dr. Marc Aguirre, Country Director & Regional Technical Advisor at HOPE worldwide South Africa adds, “According to Stats SA, 47% of the South African population are going hungry.  That is more than 3 million children. Child malnutrition requires a multi-sectoral and a whole-society response. In fact, evidence suggests that that NGO and private sector have played a significant role in driving child food insecurity responses, especially during the subsequent lockdown measures for Covid-19”.

Through the Add Hope initiative,150 000 children have access to nutritious meals that will positively contribute to their development and reduce the risk of diseases. By donating R2, customers are making their contribution to changing the lives of children who are living below the poverty line.

“Add Hope is about more than just the two rands that customers donate to the cause. It is about a movement to stop child hunger in South Africa. KFC continues to be committed to contributing our donation and implementing the programme but the scale of the problem is so great, we cannot do it alone. This is where the R2 donations continue to make a meaningful difference.”

By donating R2 every time customers make an order, over 140 organisations across all 9 provinces are able to provide healthy meals to children. Through the Add Hope campaign, about 2,200 organisations have supplied nutritious meals over the past 12 years. Since the start of Add Hope, KFC and our customers have raised more than R811 million to date.

“Many South African households do not have access to proper nutrition. This limits children’s potential to thrive in school and grow to the best of their ability. By making a small donation, South Africans are creating opportunities for children who will eventually contribute to SA’s economic development in the future,” adds Nel.

South Africa still has a long way to go in order to achieve food security and eradicate poverty. The state of child hunger in SA requires the efforts of all members of society. From the public and private sectors to ordinary South Africans, we all have a role to play to ensure that children have access to basic needs that will allow them to live healthy lives.

“It is possible to avoid the generational impact of this crisis in South Africa by activating the National Food and Nutrition Council as legislated on the Integrated Food and Nutrition Policy 2014 under the leadership of the Deputy President,” adds Aguirre.  “And to implement the set of proven interventions for maternal and child nutrition as prescribed by WHO/UNICEF and the United Nations Scaling Up Nutrition Movement.”

Where does the R2 go?

Many KFC customers have at least once wondered when asked if they want to Add Hope for R2, “Where does the R2 go?” In Gauteng, the answer is SOS Children’s Villages, HOPE worldwide South Africa, Joburg Child Welfare, Nigel Caring Community, Rays of Hope, Bona Lesedi Women and Child Care, The Love Trust, Hillbrow Home of Hope, Pretoria Sunrise Rotary Club, Giyani Primary School to name but a few. And the beneficiary list goes on to over 140 non-profit organisations across South Africa.

“We want to engage with those who want to know where their R2, which is added to KFC’s contribution, goes and share an understanding of who really benefits from Add Hope. As a brand that is invested in the communities in which we operate, we want to continue to contribute to a South Africa where all children have access to the food they require to grow, learn and thrive. So, we invite anyone who still doubts the efficacy of Add Hope to join us in our journey and see for themselves where their money is being used,” ends Nel.

In August, KFC Add Hope mobilised its partner organisations to donate more than two million food   parcels. KFC Add Hope responded to the chronic food shortages in the hardest-hit areas of KwaZulu-Natal and Gauteng during the riots.

The food parcels were distributed by partners on the ground, led by HOPE worldwide South Africa, to those most affected by the recent unrest and looting, including a number of early childhood development centres and schools. The parcels sustain a typical family of four for approximately two weeks. 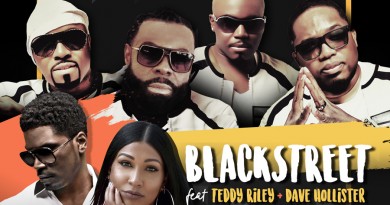 COUNTDOWN TO THE SECOND ANNUAL SOULFEST