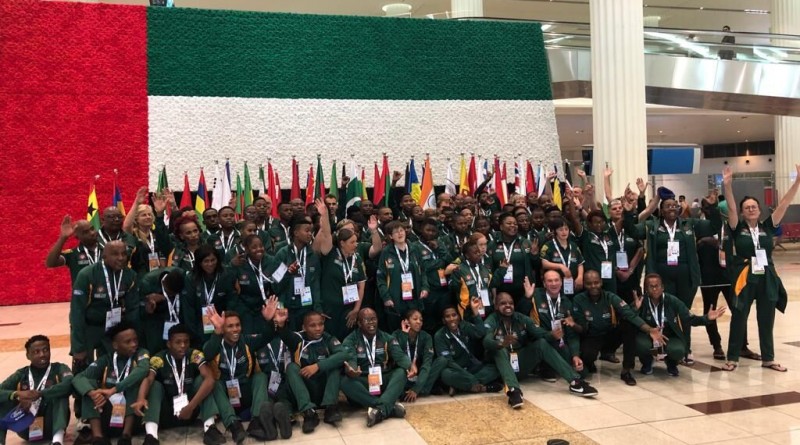 The Games took place from the 14th to the 21st March in Abu Dhabi and Dubai and has been hailed as the biggest sporting and humanitarian event in the world. Over 7500 athletes from 190 countries participated and Team South Africa did not disappoint.

The team retuned with 35 Gold (15 being from the Unified Football team), 15 Silver and 12 Bronze setting a new record for Special Olympics South Africa.

Special Olympics South Africa CEO, Ancilla Smith, said: “Before we left I remarked in a number of interviews that I was confident that we would beat our last Gold Medal count of 15. This was the largest World Games ever with the highest number of participants so I knew it wasn’t going to be easy but as usual our National Team excelled.”

Getting the National Team to the UAE was no small task for the organisation as Special Olympics South Africa is a non-profit and relies on grants and sponsorship to maintain their operations. The organisation currently serves over 50 000 athletes across South Africa. A grant had been received from the National Lotteries Commission to support some of the costs for the team but further support was needed.

In order to raise the necessary funds, the organisation launched the #BackOurTeam campaign and asked corporates and others to “Adopt an athlete”. Fortunately, the call was heard by a number of companies such as Ford South Africa who sponsored a record 30 athletes, Netstar, The UAE embassy to South Africa, DIY Depot and Alexander Forbes amongst others. A number of other companies assisted by providing necessary items for the team and Sedgars Sports, a long-time supporter of Special Olympics South Africa provided assistance with kit and apparel.

A number of celebrities also supported the #BackOurTeam campaign by posting messages of support on social media encouraging South Africa to get behind their National Team. Kiernan Forbes, (AKA) went a step further and covered the costs of one of the athletes.

Dr Mathews Phosa, Chairperson of Special Olympics South Africa was on hand to greet the team on their return and said: “Each and every one of you represent something far greater than any medal and mere sporting achievement, both in this country and in fact, throughout the world. You prove to the world and to those who would continue to try and undermine you that people with an intellectual disability can and will succeed if they are given the opportunity! You prove to all those that would like to isolate and exclude people with an intellectual disability that you will not be silenced. You will not be confined to the shadows. You shine a light as bright as the sun on stigma and discrimination.”

Although Special Olympics South Africa continues to excel at international competition the one thing that still eludes these incredible athletes is official recognition in their home country.

CEO Ancilla Smith said; “Although our athletes continue to prove every day that they are able and that they can represent our country with such incredible achievements they still do not get the same respect and recognition that other National Teams receive. We still work towards the day when they are seen in the same light and given the same support as any other team that represents our country on a global stage” 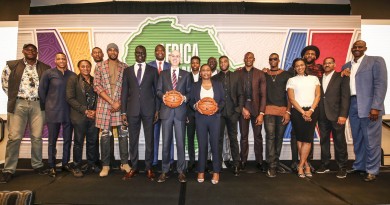