This year marks a major milestone in the incredible story of Nelson Mandela – his Centenary. Showing commitment to community upliftment, Samsung South Africa partnered with Habitat for Humanity South Africa to honour Mandela’s legacy, by building homes to restore the dignity of deserving beneficiaries, all of which are first time homeowners in three regions in South Africa. The latest addition is 10 homes built for the disadvantaged in Lawley, South of Johannesburg.

Samsung’s ongoing vision is to contribute to communities through leading-edge technologies with the development and implementation of various initiatives designed to enrich people’s lives in the areas of education and the environment, as well as accessibility.

“Partnering with Habitat for Humanity is the perfect opportunity for us to help build South Africa. Samsung prides itself on supporting communities through employee volunteer programmes. Additionally, we wanted to use the Mandela Centenary celebrations to give something back that will significantly change the lives of many families,” says as Hlubi Shivanda, Business Operations & Innovation Director, Samsung South Africa.

Habitat for Humanity has the infrastructure that allowed Samsung to get involved in making a real change in the lives of South Africans. Samsung employees enthusiastically joined this inspiring cause and got their hands dirty, laying bricks to building homes and futures for the Lawley community.

One home, in particular, is a child-headed home. Shivanda explains, “The little boy we are providing housing for was residing in a nearby shack with his grandmother, who sadly passed away recently after waiting for an RDP home for years. We feel extremely fortunate we could step in and assist this young child with substantial housing, a place he can call home.”

The official handover of the new homes took place at a ceremony in Lawley, on Monday 12 November where the deserving homeowners were presented with their house keys after the ribbon cutting ceremony, officially opening and welcoming them to their new houses.

Causes such as this have the potential to impact the lives of the new homeowners as well as the community at large. According to Statistics SA, South Africa is one of the world’s most unequal societies with approximately 12 million South Africans living in extremely poor conditions. The current housing backlog is in excess of 2 million units. High rates of urbanisation, population growth, financial constraints, and rising development costs have made it impossible to keep pace with the demand for housing. However, the work done by Habitat for Humanity in partnership with corporates such as Samsung can help alleviate the situation. The relationship has already resulted in the construction of 100 homes this year, with Lawley the latest in a string of inspiring initiatives.

“At Samsung, we believe in supporting community enrichment initiatives such as this, which create a decent human settlement for less fortunate communities. Our commitment to opening new possibilities for people everywhere is in line with Habitat for Humanity’s mission to promote dignity and support sustainable transformation and development. We are pleased to partner with Habitat for Humanity in this remarkable endeavor to making a continuous change in the lives of many South Africans,” says Shivanda. 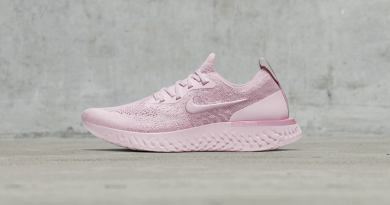 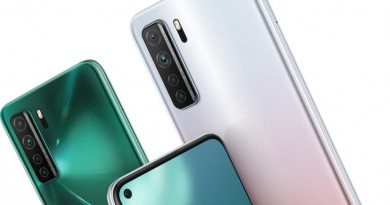 Five reasons why you should get HUAWEI P40 lite 5G