Newcastle’s top entertainment destination, Blackrock Casino, in partnership with Jazzworx, will be presenting a spectacular night of music with award-winning songstress Lira. This unforgettable performance will be taking place on Saturday, 10 February 2018.

The multi-platinum selling artist will be returning to Newcastle to kick off the Valentine’s Day weekend. The performance comes hot on the heels of Lira’s sixth studio album, titled Born Free.

“This tour is all about getting to cities and regions that are often ignored by mainstream artists. I wanted to reach all my fans, especially ones that don’t have the luxury or ability to get to larger metros,” says Lira.

Lira landed on the music scene after being discovered in 2000 by industry veteran Arthur Mafokate, who later signed her on 999 records. She later left the label and signed with Sony music. With Sony, she released her platinum-selling and award-winning album, Feel Good, along with others like Soul in Mind, Return to Love and Rise Again. She also recorded three live DVDs. Today, Lira is one of the most awarded female singers in the country with over 12 South African Music Awards, as well as a slew of MTV Africa Awards, Channel O Awards and Metro FM Music Awards.

Lira has shared the stage with some of the biggest local and international talents, including Hugh Masekela, Black Coffee and Jill Scott. She also served as one of the four judges and coaches on the South African edition of The Voice.

“Lira is no doubt one of the most talented and celebrated entertainers in the country – a powerhouse performer! We are encouraging guests to join us as we kick off the month of love in the most romantic way possible. Tickets are selling out fast, so be sure to get yours soon,” says Ziyaad Hoosain, Promotions Coordinator at Blackrock Casino.

Tickets are available from R150 per person at Computicket. Blackrock Casino Rewards cardholders can get a discount of up to 20% on a maximum of four tickets.

A TO Z OF ONE SOURCE LIVE

COMPETITION: WIN TICKETS TO #OPENYOURCITY EVENT WITH WALE AND KWESTA 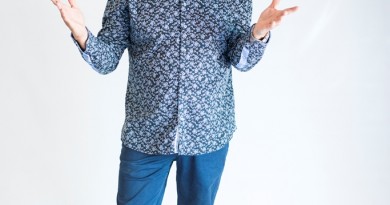 GIG GUIDE: BARRY HILTON TO PERFORM AT THE CALEDON CASINO