In today’s tough economic times, it gets drummed into us over and over again that “every cent counts”. As such, most South Africans have had to come up with clever and sometimes downright ingenious ways to make their money stretch just that little bit further.

For example, you cut down on going out with friends every weekend, and instead have a casual braai at home. You drive slower and more sensibly to keep that dreaded petrol light at bay. You frequent second-hand clothing markets to breathe new life into last year’s summer wardrobe…you see where I’m going with this?

In the long run, you might not save thousands of Randelas, but every small bit of effort you make adds up and before you know it, you’re a lean-mean-saving-machine. Right? Right!

However, tens, hundreds and thousands of R2s combined can buy a lot. And that’s just what KFC’s #AddHope has been doing and continues to do for millions of children in South Africa who don’t know where their next meal is coming from. In fact, through South Africans’ collective commitment to adding hope, KFC are able to feed 120 000 children nutritious meals every day.

A few seconds ago, you didn’t believe you could do anything with R2, but when put into perspective, you quickly came to realise how small change(s) can give something to someone which we often take for granted: a full tummy.

In South Africa, an estimated 3.2 million children go to school hungry every day. And unless the cycles of hunger of poverty are addressed – and broken – we will never see the end of the chains of inequality which have tied our country down for far too long.

Moreover, there is much to be said about the hungry child. Not only do they risk failing to reach their developmental potential and milestones, including socio-emotional abilities that are strongly linked to academic achievement and economic productivity, but they are also 2.8 times more likely to suffer the long-term effects of malnutrition compared to those living in the richest 10% of our homes. Poor health and education go hand in hand, and childhood malnutrition can ultimately limit job prospects and reduce future earnings by at least 20%.

Then there are also the social side effects of hunger in children, which includes feelings of anxiety, low self-esteem and even depression. All of this during a time when they are supposed to learn, play, develop their characters and personalities, interact with their friends, develop a good sense of self, and ultimately, be carefree.

So, while your R2 still might not mean much on its own, it actually does mean the world to countless NGOs, 12 national beneficiaries and a total of 125 local communities across South Africa who can look forward to tomorrow…all because you decided to #AddHope. By donating your R2 at KFC, you give more than a plate of food. You give potential. You give children the opportunity to grow. You give endless possibilities. You give infinite freedom. You become part of the solution. And you drive our country forward.

To find out more about Add Hope, visit www.addhope.co.za #AddHope 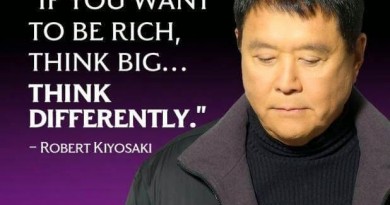